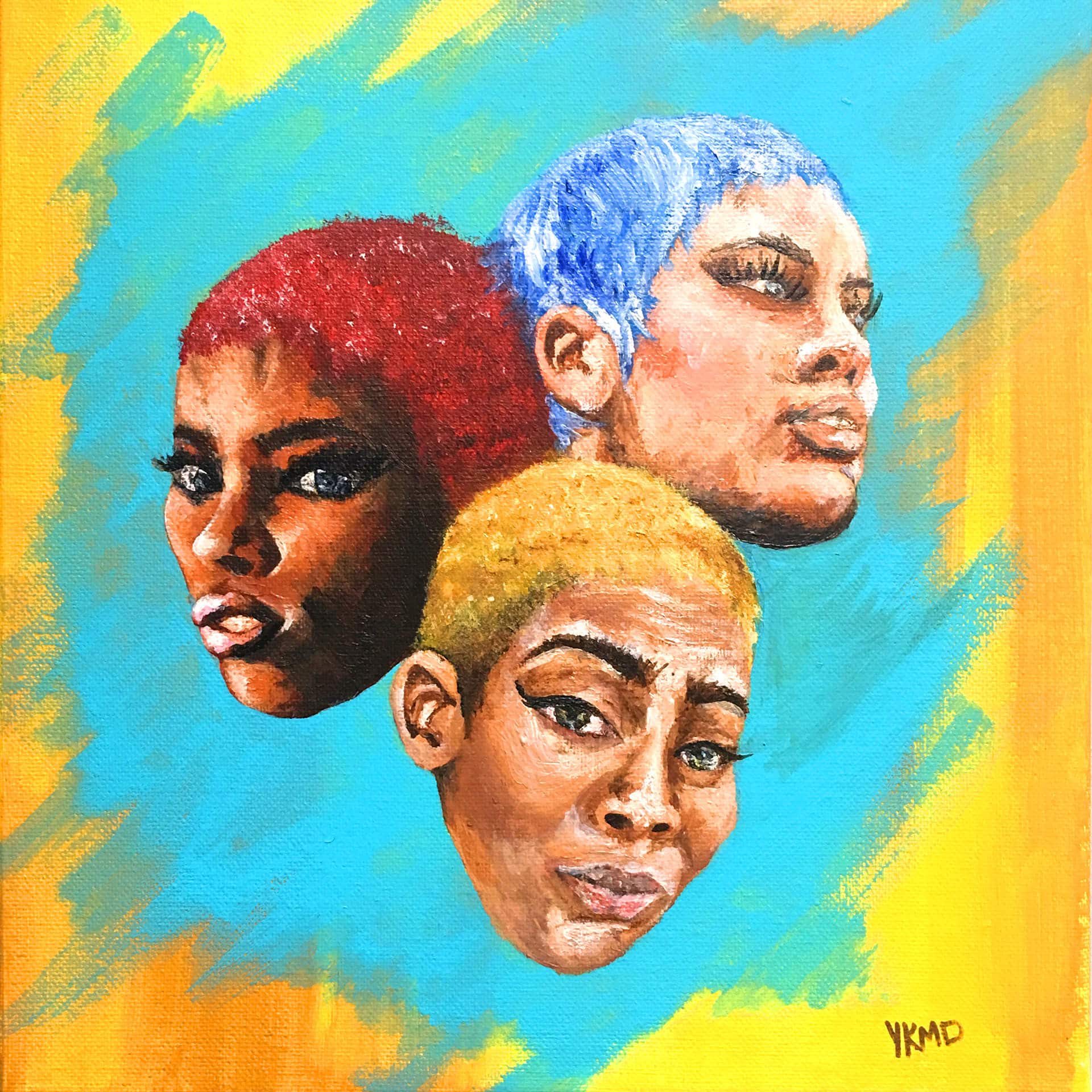 Color is officially in. I thought, what’s next for the “52 Collection”? When the idea for 4 of 52 was coming to fruition, I had two friends who both took credit for my new hair cut. We all had low cut hair with some radical processed color. I know my hair cut & color choices weren’t directed influenced by either of them, no matter often they would both independently insisted they lead me to the hair cut promise land. My hair length and color have gone through cycles of evolution over the years long before I knew either of them. Since they were both so confident about their influence of my new look, I decided to create a piece that was a reflection of all of us. Three beautiful black women who decided to take it the edge and challenge the status quo with an unconventional hair cut. It was a great way to highlight the differentiating factors between us while highlighting our similarities.

The “52 Collection” is a year long self exploratory project created by Yanique DaCosta. The “52 Collection” is focused on the female form with aesthetics influenced by the day-to-day life and encounters of the artist, over a one year period. This can be compared to landscape and its relationship to seasons. Think of a tree with green leaves in summer versus the same tree with no leaves in winter. This same concept is true for the “52 Collection”. The female form in shown in varying ways based on weekly and seasonal life experiences of the artist. Pieces include varying color schemes and visual elements conveying those feelings and experiences.